You are here: Home / Social media / What is an Instagram shadowban?

What is a shadowban?

If you aren’t familiar with the term then let me enlighten you. Shadowbanning is when your hashtags or mentions become undiscoverable to non-followers, but will only be visible to your current followers and majority of the times the user is not even aware of it. Still haven’t got it? Read on.
Shadow banning exists on every social media site, it could also be the cause of low engagement on your posts. There isn’t much known about shadowbanning, to begin with. Social media sites are quite shady about the issue, almost acting like it doesn’t exist albeit it clearly does. Today we’ll be exclusively talking about Instagram shadowbans. Let us start

Shadow banning on Instagram is basically when your posts stop showing up under hashtags, as I said earlier. Your posts will be visible to your followers but non-followers will not be able to see it, thus limiting the outreach of your posts and visibly lowering engagement. 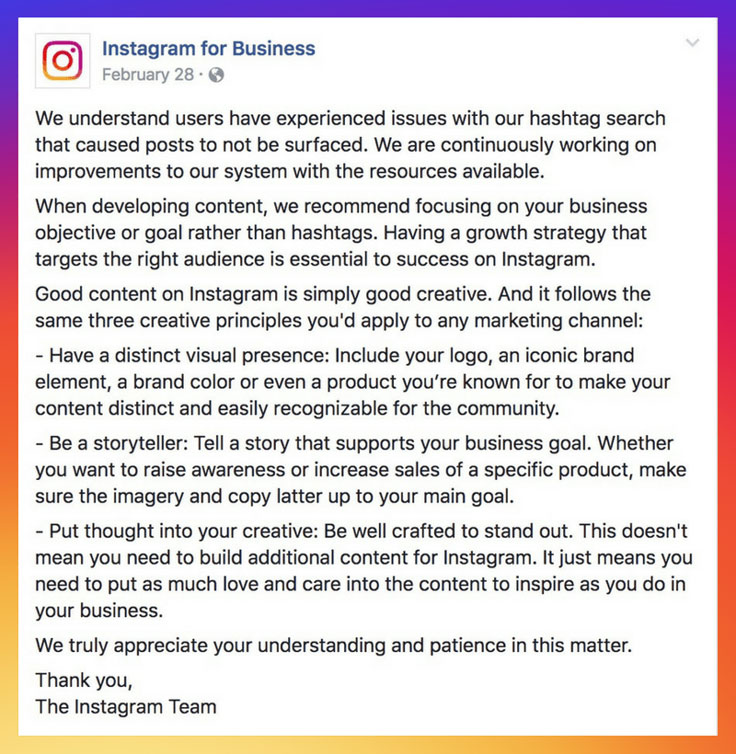 Why does this happen?

There are a number of reasons, though nothing is concrete. This is what is widely known:
1. You are using a banned or abused hashtag
Instagram does not permit the use of some hashtags, there are over 14,000 hashtags banned on Instagram, which are pretty common words and many people may not be aware of that.
To know whether the hashtag is banned or not, just search for it on Instagram. If you see no results, then yes it is a banned hashtag.

2. Stop using bots to grow your following
I get it, everyone wants a ton of followers but at the end of the day. It’s not worth it, congrats you got lots of followers, but this comes with a price. Yes, I mean the shadowban, you’re blowing your chances with actual people actually liking your posts. Also, I guess I should add that Instagram deletes bot accounts quite frequently, so there’s that.

3. You’ve been violating Instagram’s community guidelines
Violating Instagram’s community guideines will most likely get your account shadow banned. Using certain softwares or hacks not allowed by Instagram, buying followers, unfollowing and following people multiple times, posting content that is strictly not allowed, hashtag hacks. If you’re doing any of the things mentioned above, well, there you have it. That’s why you’ve been shadow banned, according to what has been known so far.

How to know if you’ve been shadowbanned

To see, whether you’re banned or not, you can use the ShadowBanTester, this ought to help you confirm your suspicions.

If you think you’ve been shadowbanned and haven’t violated any of Instagram’s guidelines, you can always use “Report a Problem” or the “Help Center” options to let Instagram know of your problem and ask them to fix it.

Hope you found this article!